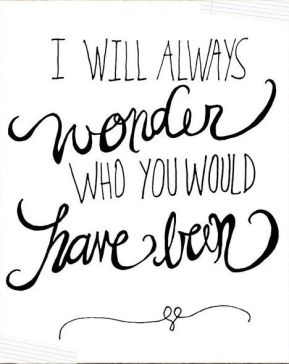 Graham’s birthday is approaching and I cannot help but wonder, what would he be doing right now? He would be almost two, and we wouldn’t be adjusting his age anymore. Two is huge milestone in the preemie world and this birthday would be so special because of that. As a two year-old, he would be acting like a toddler. He would have more emotions, tantrums, and joys than before. He would be walking, running, talking – things we never witnessed. Brandon and I often talk about what he would look like? I wonder, would his hair be lighter or darker than before? Would it be long or curly? Would he like Thomas the Train and Paw Patrol like other boys his age? I wonder what type of eater he would have been – would he love blueberries, chicken nuggets, and juice? I also wonder what memories we would have made this year. Would he have attended his first Georgia game with Pop? Would he have ran his first 5K this past weekend, or would it have been his 2nd or 3rd? Would we picking out outfits to take family photos for our Christmas cards? There are countless things we wonder about, and unfortunately, we’ll never know.

What we do know, is what we remember. And we remember his love for Snuggle Puppy, his parents, Mimi, Pop, and Gigi – he always smiled, he rarely cried, and was a brave boy. When we look back at pictures, it’s now easier than ever to see he was sick. His disease was a silent one, but there were clues. We notice how weak he was because he wasn’t able to sit well or how tired he must have been because of how often he napped – Graham loved his sleep, which maybe that’s normal for some, but I think it was another clue that his little body wasn’t making enough energy so he needed that rest. When we remember and recall those memories, and we talk about how much we miss him, we also recognize that he’s finally better. That’s something we never wonder about. Now, he’s healthy, he’s strong, and his running around – something he wouldn’t have been able to do here. So even if he isn’t with us, we know he’s more alive than ever. We know he’s in a much better place.

Franchesca Cox wrote, “When you lose a child you are haunted by a lifetime of wonder.” The truth in her quote resonates with me. Brandon and I will always wonder about the possibilities in Graham’s life. We will mourn on the memories taken from us, but as a parent we cannot be selfish and think only of our selves. Isn’t that the first rule in parenting – you place your child’s needs before your own? So that’s our philosophy – as much as we miss Graham, we know his life with a genetic disease like the one he suffered from, would not be a life he deserved. Of course we wish he never had this disease in the first place, but that isn’t what God had in store for us, which we have accepted. And because of our faith, we are thankful that God’s love for Graham is why Graham’s running around in heaven playing with so many friends that we know are up there with him.

We are also grateful that we will not spend a life time wondering what happened to Graham and why. We are blessed to not only have a diagnosis, but we are also able to learn more about this disease and prevent spreading it to Graham’s future siblings. I think that is the greatest gift we can take from his life – learning about the genetic disease Brandon and I carry and how we can prevent it. That’s something we will never have to wonder about, something that makes us lucky.

As we get closer to Graham’s birthday there are many things we wonder about, and I’m sure these are things we will always wonder. When we wonder about what could have been, I turn to the Romans 8:24, “For in hope we have been saved, but in hope that is seen is not hope; for who hopes for what he already sees?” Brandon and I choose to trust and wait for what is still unseen. God is with us and there are so many possibilities left to be revealed for our family.

I am a mom who lost my son to an awful, incurable mitochondrial disorder - Alpers' disease. This blog is my attempt to spread awareness about rare diseases and to encourage hope in the midst of it all.